The South Pole is a formidable environment, fraught with challenges worthy of the greatest explorers on earth and beset with danger. Everything is more extreme and everything is also magnified beyond normal proportion. The simplest of tasks in 100mph winds are painstakingly laborious to complete and the physical challenges are only surpassed by their mental equivalents. 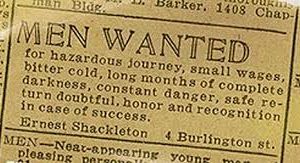 The forthcoming Sub100 South Pole expedition, which will complete Shackleton’s failed Trans-Antarctic crossing as part of a TV documentary series will have the full training support of HBP-Training. The team will be led by prominent Polar Explorer and ex Royal Marine Commando, Charlie Paton as he bids to complete Shackleton’s Unfinished Business. As part of this magnificent story we will be blogging monthly on the teams training, explaining the techniques utilised by us HBP-Training during their preparation.

We understand the importance of Human Factors and psychological preparation in dangerous and hostile environments, so to does Charlie, the expedition members and production crew. Training for the technical aspect is without question vital, but perhaps the training for the mental and psychological challenges will be the most important. If the attempt should fail, it will most probably centre around one of the team being unable to adequately cope with the mental pressures of such an arduous undertaking – this will be a failure on our part as the training team. All angles of Human Factors will be exposed in this most hostile setting, and with that all potential eventualities need to be trained for within the team. Decision-making, situational awareness and safety critical communication will be amongst the most important aspects of a successful trip amongst others. Perhaps the most pivotal factor, however, is how the team manages stress, fatigue and circdian rhythm of the adventurers. 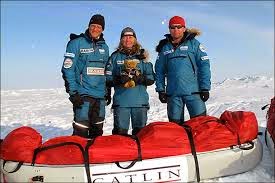 The team will be spending over 100 days on the Antarctic continent; prolonged fatigue will have the most profound impact on the decision-making and performance of the team. Simple tasks like putting a pair of boots on can reduce competent and strong polar adventurers to tears of despair. In the preparation for this we have a duty of care to place the team under more duress than they have ever experienced. We also have a duty of care to Charlie and the team to prepare their minds for the challenges that lay ahead, and it’s a duty we 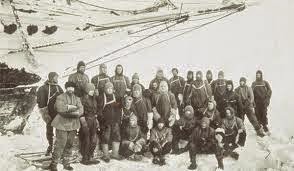 will not compromise on. In the months leading up to the polar attempt they must be challenged to breaking point and beyond both physically and mentally, the simplest way to achieve this is through sleep deprivation and prolonged exposure to fatigue in challenging situations. When they are at their most fatigued and stressed we will ask them to make decisions that have consequences to the safety of themselves and the team. It is important we observe them closely at their limits, because  for 100 days that is exactly where they will live their lives: and once on the ice the choice to opt out is not within their immediate circle of influence and jeopardises the entire trip. 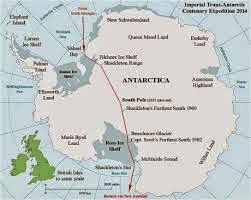 There is also added pressure that should be acknowledged. They only have one opportunity to complete Shackleton’s Unfinished Business on the 100-year anniversary, Charlie knows this, the production team know it, the team does: we do also. The romance of the story is lost if the team fails and returns the following year for the 101st anniversary; this will add pressure intrinsically to the team. It might not e a topic of discussion but all involved will know this unmistakable deadline looms ominously on the polar horizon.

We look forward to being a part of this amazing journey and we hope you enjoy reading more about it in the coming months.

Your details have been submitted. Thank you

Wordpress Social Share Plugin powered by Ultimatelysocial
We use cookies to ensure that we give you the best experience on our website. If you continue to use this site we will assume that you are happy with it.